I used Secure Airparks to park my car, which is so close to the airport that you can see the plane taxiing from where you park your car. It is then a short bus ride to the terminal, all at the fraction of the price of parking at an airport run car park. 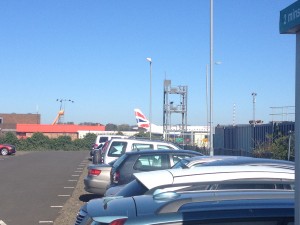 Edinburgh airport is no longer run than BAA (the main company that runs airports in the UK) and I believe the new owners do not own or operate any other UK airports so that means they can concentrate on improving Edinburgh.

Edinburgh Airport with the distinctive control tower as the logo

No pictures for check-In or Security I am afraid, however as I checked in 2 hours before the flight was due to depart, there were no queues for the Economy bag drop (I had checked in) online.

The line for security was short and I was through in minutes.

As I was flying with Lufthansa (a Star Alliance airline), I could not use my Cathay Pacific status to get access to the British Airways Lounge, which I believe is the best lounge at Edinburgh (but still nothing special compared to most lounges).

The Aspire Lounge is currently being refurbished so it is not fair to judge it based on its current look & feel. However despite this I would say that this is still better than most (if not all) of the US airport lounges that I have been to (come on USA raise your game!).

The lounge is basic, no airside views, no showers, or staffed bar but does have free food & drink. 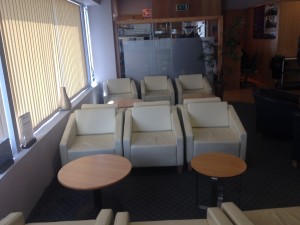 Aspire seating, it filled up later 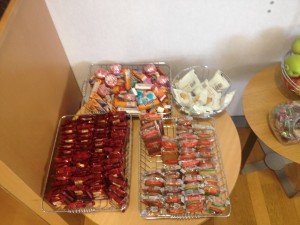 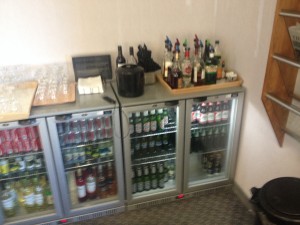 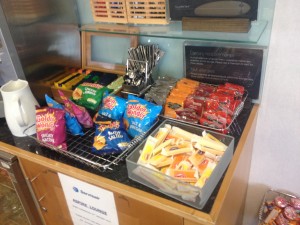 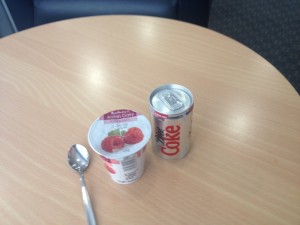 I had a Raspberry yoghurt & Diet coke, whilst I waited 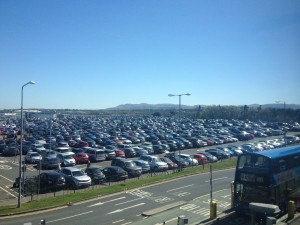 View from the Aspire Lounge